Reflexology: what is it?

This short clip, from the Association of Reflexologists, tells you a little more about reflexology. The interactive foot and hand maps, mentioned in the clip, are available at the bottom of this page.

How can it help?

It has been suggested that up to 75% of doctors' visits, for complaints such as headaches, sleep problems, heart problems, stomach upsets and tiredness, are stress-related*. Continued high stress levels can compromise the immune system, leaving individuals vulnerable to infection or disease. Reflexology aims to relax the body, calm the nervous system and reduce the stress response, thus allowing the body to balance and self-heal.

"Natural forces within us are the true healers of disease." Hippocrates

Reflexology is thought to have been used by ancient cultures as long as 5000 years ago. Texts and illustrations suggest that the ancient Egyptians and Chinese worked on the feet to promote health and balance energies. In the 19th and 20th centuries, western scientists and medical practitioners used research methods to better understand the nervous system and ‘reflex’ areas on the surface of the skin that relate to underlying organs. William Fitzgerald was an American physician (1872-1942) who developed ‘zone therapy’, the idea that the body has 10 zones, running longitudinally from the head to the toes. Fitzgerald used pressure on certain zones in the fingers or toes to induce pain relief in the corresponding body zone. These ideas were further developed by, among others, Dr Riley and physiotherapist Eunice Ingham (1879-1974); through her research Ingham developed zone therapy, relating pressure points on the feet to different body parts. Eunice Ingham has been called the ‘mother of reflexology’, and helped to spread the practice of reflexology internationally through her books and seminars.

The icons below link to the Association of Reflexologists’ interactive foot and hand maps, which give an indication of how the reflex areas on the feet and hands relate to the rest of the body.

Please note: whilst reflexology can work safely for most medical conditions, I still recommend that you advise your GP or medical practitioner if you are considering using reflexology alongside medical care. Reflexology should not be used as an alternative to seeing your Doctor or taking prescribed medication or medical advice. 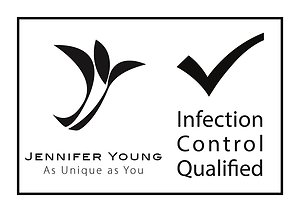